The premium silicone oil with the Xtra portion elasticity 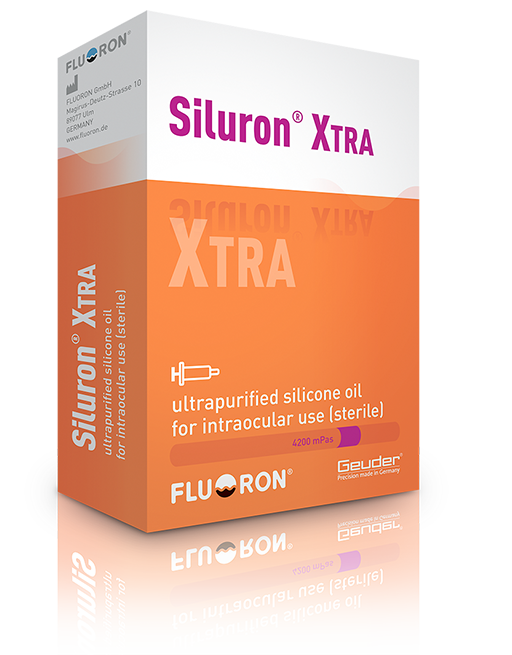 Innovative molecular design for a new generation of silicone oils

Thanks to this special molecular design, Siluron® Xtra and Siluron® 2000 can modify their viscous
properties depending on the permanent high shear forces, such as they appear in the eye due to its constant movement: the greater the applied shear force is, the more viscous behaves the silicone oil, i.e. the more resistant it is to emulsification. By contrast, the viscosity of the conventional oils decreases continuously as a result of permanently acting external forces, which causes a higher tendency for emulsification.

The new generation of silicone oils – Siluron® 2000 und Siluron® Xtra – is characterized by its special
property of a significantly higher emulsification resistance.
This is based on an intelligent mixture of different long chains of molecules and the resulting dynamic viscosity. The good injectability in cases of small incisions is a further advantage of innovative silicone oils.

Siluron® Xtra is used with a long-term tamponade after operative treatment of severe
retinal detachment, particularly for: 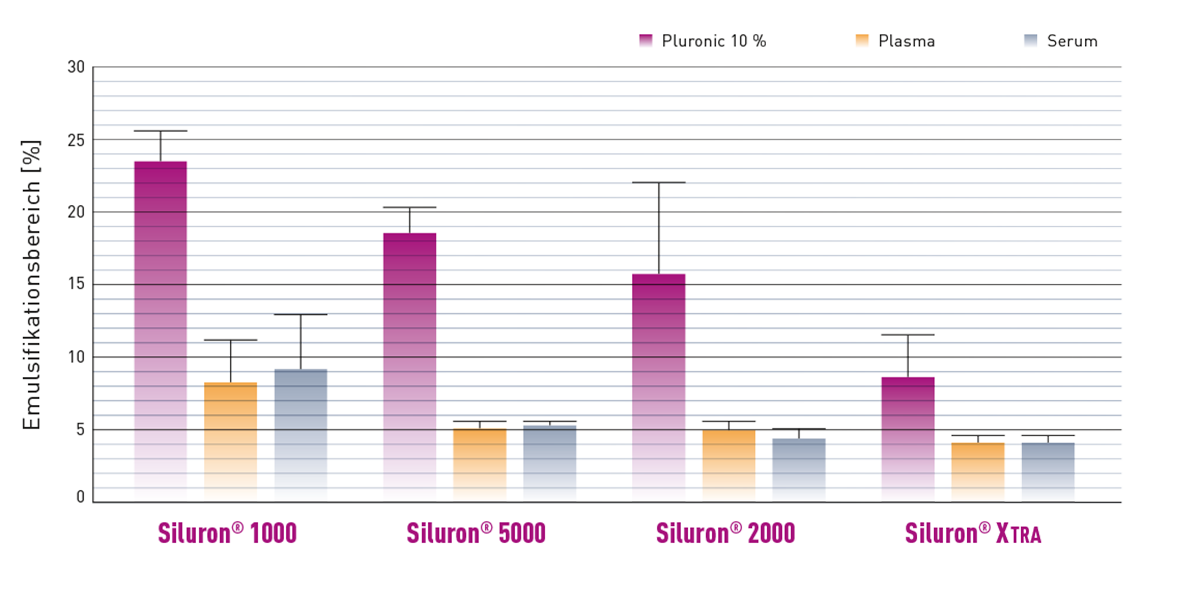 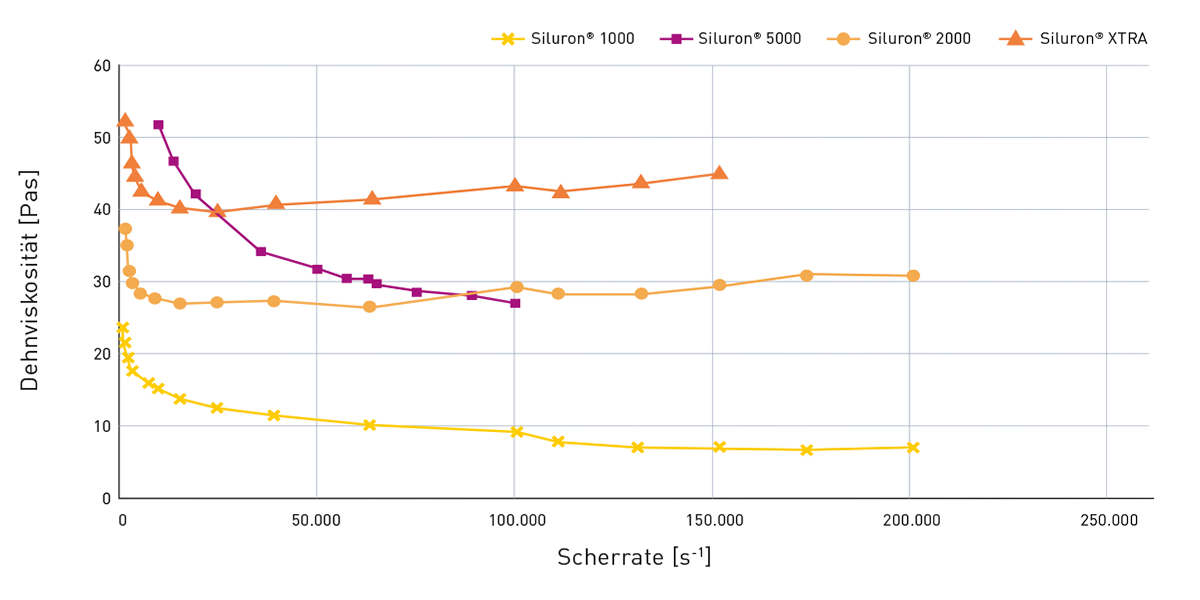 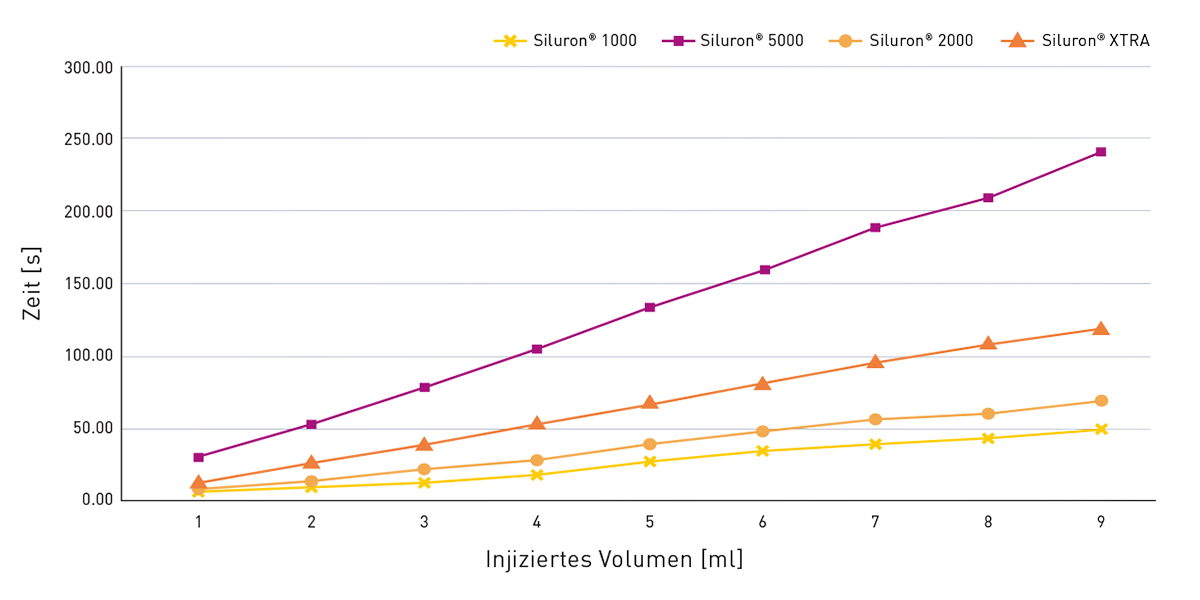